The University of Utah 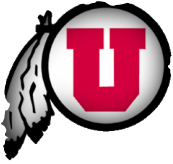 At the University of Utah, I study Computer Science with an Emphasis in Entertainment Arts and Engineering.  It prioritizes programming, but also delves students into digital arts, focusing on Animation in Video Games and Film.
I always loved video games as a young man; however, as I have aged into my adult life, I have strayed my time away from games.  My true passion is to work in animation for film.  I am inspired by the magnificent works and creations of successful production companies such as Pixar Studios, Disney Animation, Dreamworks Entertainment, and Industrial Light & Magic.  Video Game companies I aspire to work for are Rockstar Games, Electronic Arts, or Activision.
The University of Utah has made quite a name for itself in the Computer Science (CompSci) field.  The U played a key role in the creation of what is known today as the Internet.  Ed Catmull, a successful Alum from the CompSci department at the U, is one of the co-founders of Pixar Studios.

As of Spring 2011, I was officially a university student.  I dived right into my major and balanced my workload with a mix of technical courses and courses leaning more toward the artistic side. 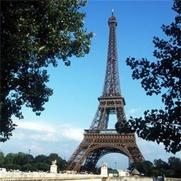 This was a general studies course.  I chose this course, mostly because more relevant courses were unavailable to me and my difficult schedule and late registration, but I love humanities and anthropology and if were to not go into something technical or artsy, it would be anthropology.  This online course taught students a wide variety of subjects in global tourism.  We covered tourist behavior in certain regions, various global conflicts, safe and wise travel, various forms of tourism, and various impacts of tourism.

Summer enrollment was a must for me in 2011.  Without it, I wouldn't have been able to claim my major and would have put myself out a year of progress toward my degree.  I took two 4 credit courses, which is basically a full workload in the condensed schedule of the summer semester.
Powered by