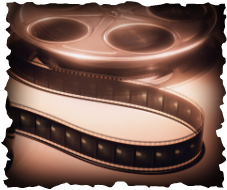 Film 3500 was my first filmmaking class. It was a project-oriented course during the Summer of 2011.  Summer semester is always condensed and fast paced.  This class was no exception.  We only had two major projects to focus on.  Easy enough, right?  We were in for a reality check.  We quickly learned the amount of work that goes into making a film.  Even a short film around 8 minutes takes weeks to plan, organize, shoot, edit, edit, and edit.
The fastest thing you'll do in filmmaking is filming.  Especially if it's well devised prior to shooting times. The filming process still wound up taking at least 3 times longer than anticipated.
As a director and cameraperson, you find yourself in situations where something simply isn't going to work as planned and you must improvise fast.  If you're not always on your feet and moving from one objective to the next, you begin to lose the actors' and crewmembers' attention.
The biggest lesson learned is plan, plan, plan, hire a reliable crew, and be very demanding and specific to your crew and actors.

The first project we focused on was a narrative short film: tell a short story visually.  We weren't allowed to use synced dialogue, meaning we can't have direct audio from characters in the picture.  Voice-overs were allowed, however.  My film "Smile" was  told visually, with no foley or dialogue.  The only sound element was music.
I really enjoyed creating a story, from beginning to end with my own, original idea and for the first time with real human characters.  This was a big step for me and my artistic side.
Watch it below.  If  you'd rather see it in HD up to 1080p, use this youtube link.

The second project we focused on was a documentary short film.  This is my favorite of my films.  I am a sucker for documentaries.  Documentaries are important and they make a difference in people's lives.
My documentary is about the legend of the D.B. Cooper hijacking that took place in 1971.  One of the latest (and highly considered) suspects turns out to have a close to relation to me personally.  The suspect is my deceased great uncle William Pratt Gossett.  His widow (my Great Aunt), Marilyn Smith, was with him for nearly 20 years of his life.
This film tells the story of D.B. Cooper and gets the perspective of Gossett from Marilyn and my grandparents, Gossett's in laws.
Watch it below. To see it in HD up to 1080p, use this youtube link.
Powered by